The roots of the history of photography go back further than we assume: Aristotle described the camera obscura as early as the 4th century BC. An image is projected into the interior of the pinhole camera. Through a small opening you can see the upside-down projection of the outside world. The camera obscura is considered to be the prehistory of photographic processes – it paved the way for further revolutionary inventions.

Joseph Nicéphore Niépce (also Nièpce or Niepce) and Louis Daguerre are considered to be the inventors of photography: 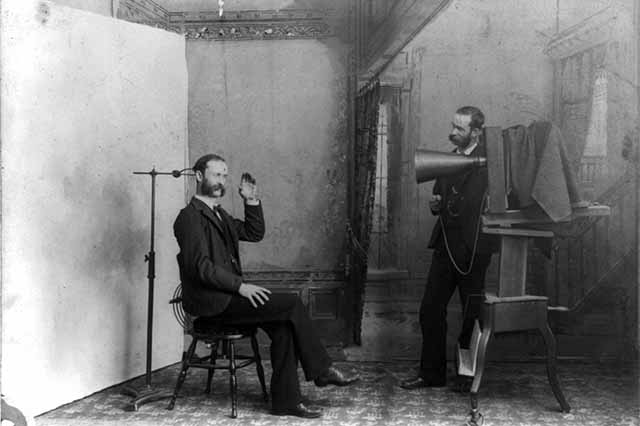 In 1826 Joseph Nicéphore Niépce succeeded in taking the first permanent picture. To do this, he exposed a tin plate coated with asphalt – for 8 hours! Nièpce chose an obvious motif: the view from his study in Saint-Loup-de-Varennes, France. The painter Louis Jacques Mandé Daguerre was so enthusiastic about the achievement that he became Nièpce’s partner.

He continued to tinker with the technology and developed a process with copper plates and mercury vapors, which enabled a significantly shorter exposure time. In 1839 Daguerre found a way to use photography commercially for portraits for the first time with the daguerreotype named after him. This is where the groundbreaking success story of photography began. A few years later, William Henry Fox Talbot developed the negative-positive process. With his help, photographers were now able to reproduce their images using negative prints.

History and development of photography

After their invention, photographs and cameras were far from what we understand by them today. This required further revolutionary ideas and exciting innovations, which we can look back on today as milestones in photo history:

The roll film : In 1889 George Eastman developed the “stripping” roll film, which made it possible to take several pictures one after the other. He brought it out under his Kodak brand – and ensured the breakthrough in practically usable photography. Snapshots were now possible and the photographer did not have to edit the images either immediately or individually. The 35mm camera : The first Leica camera was developed by Oskar Barnack. The Leica prototype presented in 1925 enabled recordings to be made on 35 mm film. Compared to the large box cameras that were common before, the compact Leica camera was a very modern innovation. Color photos : In 1936 photography technology experienced one of its most exciting innovations: the invention of color film. 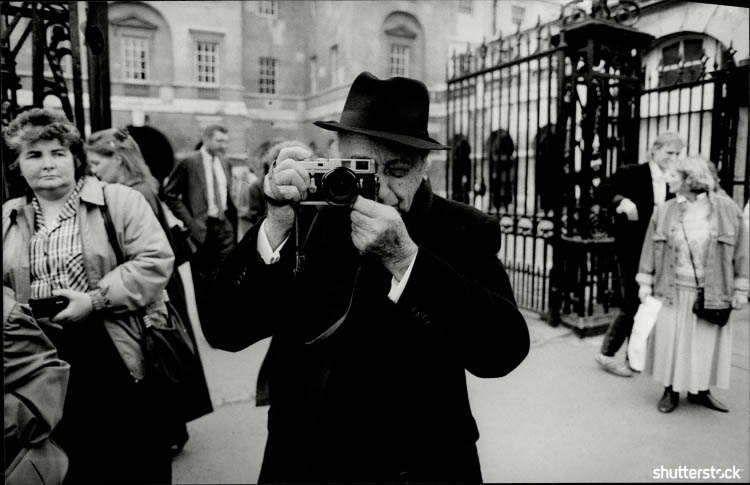 Kodak presented with Kodachrome and Agfa with Agfacolor-Neu the first multilayer films for color development. Polaroid photos: This was also the time when the first instant camera was invented, the aesthetic of which is being enthusiastically taken up again today by photo services such as Instagram.

The rapid development process was a sensation at the time: the Polaroid camera introduced by Edwin H. Land in 1948 delivered a fully developed photo shortly after it was taken. The Photokina: In 1950, the photo and cinema exhibition was held for the first time in Cologne. It is the predecessor of what is now the world-renowned and important trade fair for photography, the Photokina.

On the way to digital photography

The innovations in recent history simplified the operation of the cameras. From the 1950s onwards, cameras developed into the conveniently usable devices that we still know today:

In 1956, the Agfa Automatic 66 roll film camera, the first camera with automatic timing, came onto the market. The photographer no longer had to set the appropriate exposure time himself. A few years later, in 1963, Canon introduced its camera with automatic focus adjustment – snapshots were now much easier to take. The first fully electronic camera was presented by Rollei around 10 years later: aperture, shutter speed, sharpness – the photographer no longer had to set all these things himself.

DIGITIZATION AND IMAGE PROCESSING IN THE HISTORY OF PHOTOGRAPHY

With the digital revolution at the end of the 20th century, the world of photography is once again experiencing completely new perspectives: photos no longer have to be stored in analogue on film material, but can be processed digitally. This greatly simplified the machining process. Digitization also brought unimagined possibilities for image processing. Artists use the technology in a wide variety of creative ways: from Pep Ventosa, who digitally superimposes countless individual images, to the linear post-processing by Sabine Wild to the flower compositions by Isabelle Menin: They all impressively demonstrate the almost limitless possibilities.